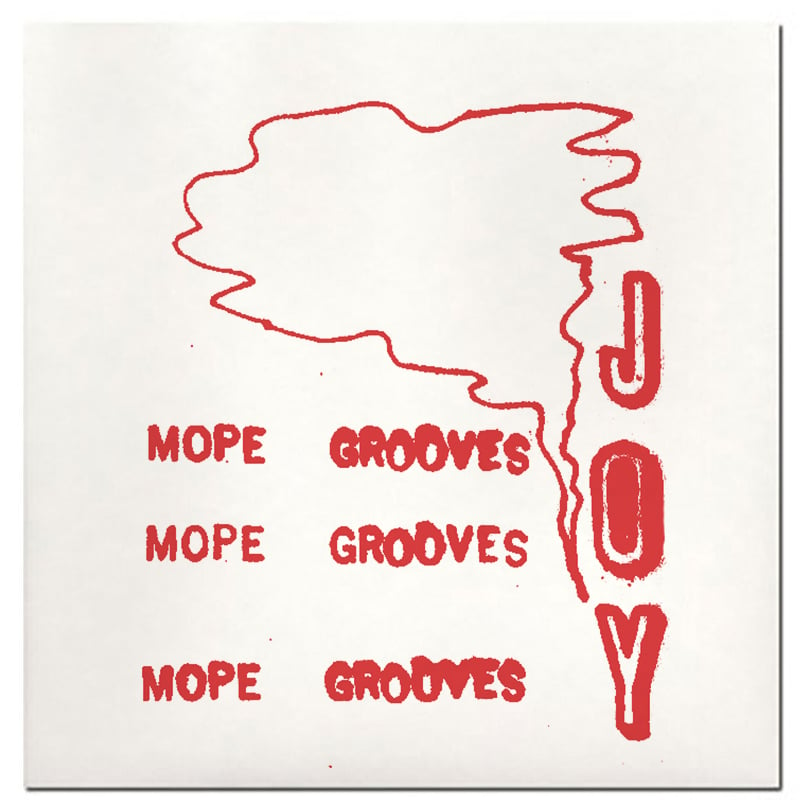 Introducing the first Mope Grooves LP "Joy", written and recorded mostly in late summer/early fall of 2016 during a total nervous breakdown that required hospitalization and repeat listening to Dwight Twilley's Looking For The Magic. The resulting parade of 13 micro pop songs belongs lyrically and stylistically in the context of severe mental illness. Not ironically titled, "Joy" indulges in a suicidal pop hedonism fraught with surreal meanderings and thick paranoia. Fans of various guitar groups and home recordists active between 1970 and 1995 will be disappointed to find their favorite artists in ill-fitting clothes wandering in and out of minute-long songs. For true pop loonies only. Out 3/24 on See My Friends.

FYI delayed shipping times are expected until they get back from tour mid May.